Royal Enfield! The word itself may make many a grown men (with or without tattoos) go weak in their knees. Mention any Royal Enfield or in simpler terms “Bullet” and you are instantly welcomed into an envelope they call “brotherhood”. I experienced this first hand in 2011 when I attended the Royal Enfield Rider Mania in Goa. The sheer number of RE machines, the bonding, mutual admiration for each other’s steeds as well as the general chest thumping can all be observed there. That was also the first time I rode a Royal Enfield, to be more specific the Classic 500. The heft of the motorcycle, the stability as well as the admiring eyes are all part of riding a Bullet – one life lesson I learnt that day. Cut to 2018 and I have the Royal Enfield Thunderbird 500 X with me. It is a spin-off on the Thunderbird which in itself has been inspired from the Lightning 535 of yore.Enough of the history lessons and let’s get on with the ride experience and what’s new. 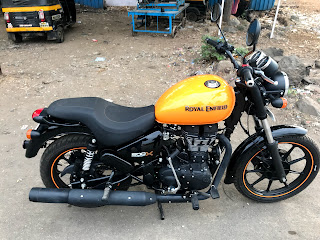 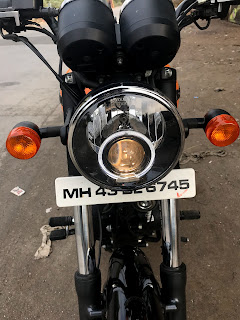 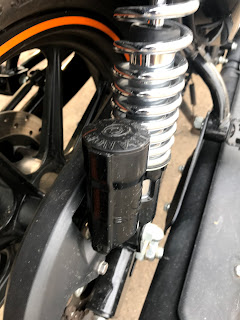 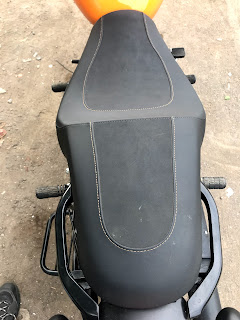 The Royal Enfield Thunderbird 500 X  looks fresh and not something which is pre-historic. I will give that to Royal Enfield. A few combinations filled into the autocad worked for the company. The Thunderbird X is offered in orange, blue for the 500s and white and red for the lower-powered 350s. The handlebars are raised and flat unlike the pared-back units of the regular Thunderbird. The tank of my test unit was done tastefully in orange. While the paint looked glossy and something which is easy to clean, the finish on some panels or towards the end of the tank is inconsistent. The 19-inch in the front and 17-inch at the rear tubeless tyres now get black alloys (a first for a RE, though I am sure you have seen customers do it with aftermarket mods) and rim tapes done in the colour of the fuel tank. The side panels are done in a contrasting black and have the name of the motorcycle displayed proudly. You will also notice the single piece seat that has been sculpted to hold the rider nicely and conveniently ignored the pillion who has to make do with a whole lot less space to sit and hold on as well. The tail lamps are LED units and look good too. 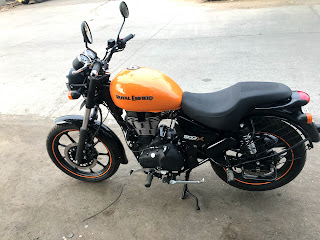 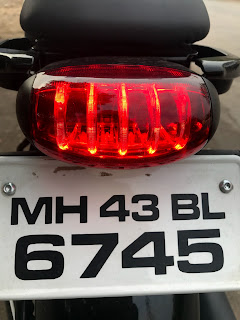 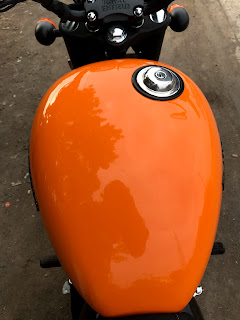 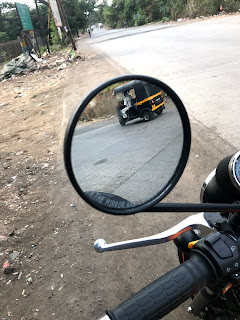 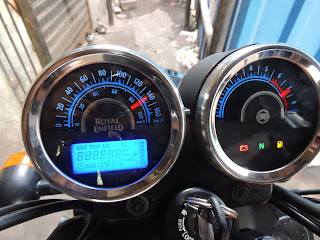 Royal Enfield has used the same meters from the regular Thunderbird and one of the dual pod meters shows you the time, service due, trip meter as well as the fuel and odo readings. The other one has the rev counter and the indicator lights. There is no hazard light switch though. This reminds me that the switchgear feels sturdy and something that will last. The same though cannot be said about the metal strip that the meters rest on. It is said to give way in a few thousand kilometres of riding but is an affordable item to replace at Rs 100. 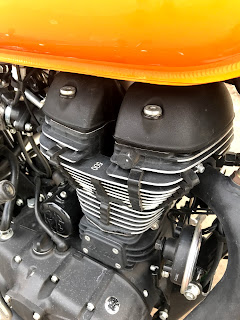 It is the same old tried and trusted 500cc mill from the Classic 500 series. In the Thunderbird X 500, it makes 27.2PS and 41.3Nm. If you like me got interested by the 500cc engine capacity but were disappointed with the outputs, then look away. This review isn’t for you RC390 or Ninja 400 fans. Thumb the starter (there is kick start provided for as well) and you hear the familiar sutli bomb sound. Welcome! You’ve arrived into RE territory. I quite liked the 5-speed gearbox. For clutchless upshifts. It works just fine and never misses a beat. Pull the heavy clutch in and use the gearbox and there may be a couple of missed gears. Slot the motorcycle into first and twist the throttle and you realise that it makes sense to upshift early. There is a wad of torque, similar to the one you feel while you are in a train that is gathering pace in a linear fashion. Use the third gear at speeds as low as 22kmph and the motorcycle still pulls easily without stuttering. For the entire four days that I had the motorcycle with me, I never downshifted to second in traffic. It’s that easy. Given the relatively mild tuning of this 500cc fuel injected mill, that leeway is for given. It is this torque that also gives it a healthy 29kmpl in the city and 36kmpl on the highway.

However, the vibes (I mean the vibrations and not the camaraderie of the Royal Enfield groups) make it impossible to sustain speeds above 80kmph. That is the happy zone of the Royal Enfield Thunderbird 500 X and anything beyond can be achieved but will leave with you numb fingers if you continue the efforts. The mirrors, while being microscopic, aren’t bolted properly and you can barely see anything behind. I feel this could be one of the reasons why many Classic owners prefer removing the mirrors. 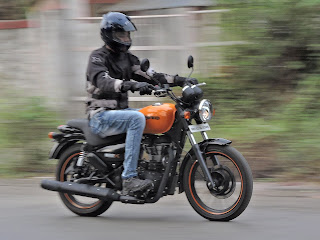 I have ridden the Classic 500 extensively but that was quite sometime ago. However, the RE Thunderbird X just brought those memories back. The stability of the motorcycle, the disc brakes at both the ends which seem underwhelmed by the motorcycle’s mass and the all absorbing ride quality still remain. By changing the geometry of the handlebar, Royal Enfield has ensured that the Thunderbird X now seems a tad more flickable at low speeds. Agreed, it is no Pulsar 220F or Harley-Davidson Street 750 agile but compared to the standard Thunderbird, it is a different animal altogether.Who is the target customer? 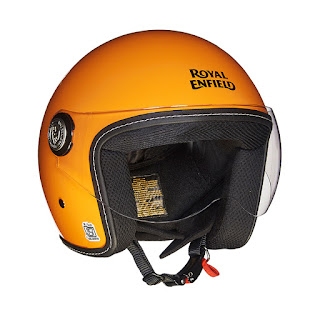 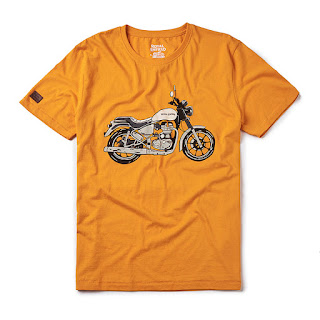 Basically someone within the RE fold. If you’ve had one of those 1970 classics from Royal Enfield, then the charm of the Thunderbird X will definitely lure you. Not only is the Thunderbird X a good looking motorcycle, but is also seemingly well equipped. A set of accessories albeit for more money sweetens the deal too – Rs 2,999 for a colour cordinated half face helmet and Rs 900 for a t-shirt. At Rs 1.98 lakh, the Thunderbird X is only second to the Pegasus 500 in price. For the kind of money you as a customer will ideally pay to the aftermarket serviceman, it is fair that you get the same amount of kit at a lesser price and with factory warranty. Will I buy? Perhaps not. I prefer sportsbikes. But that ain’t stopping someone who is a cruiser fan and wants something bigger and better than the Suzuki Intruder, Bajaj Avenger or even the UM Motorcycles range. The Thunderbird X makes sense for this customer. The waiting period currently is two months. After all, Royal Enfield isn’t the most profitable as well as the one selling the maximum number of 350-500cc motorcycles every month in India without a reason!

Trivia: A few mechanics whom I showed the motorcycle said that the drive chain will give way in around 10,000kms. A new one costs approximately Rs 2,000. Also a few nuts and bolts do give way pretty early in life but these are again available at almost all roadside shops. Also, there is no need to carry a diaper around to fit the underbelly of the motorcycle. Oil dripping issues have been relegated to the past.