AMT. The word has redefined what affordable automatics will be for the Indian market. We Indians have typically shied away from automatic transmissions citing various reasons such as the cost as well as the quintessential mileage factor. Now after the AMT influx (at least seven manufacturers now offer it with more expected to follow soon), it looks like we love our automatics even more. The hottest segment for any manufacturer worth their salt right now is the compact sedan. The sub-4m space is choc-a-block and one is spoilt for choices. So where does the Tata Tigor petrol AMT sit here? Let me take you through it. 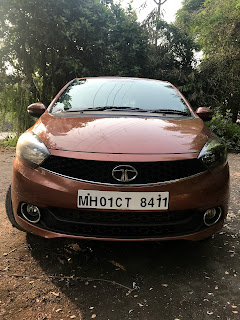 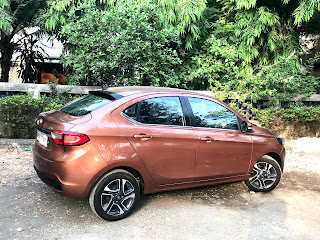 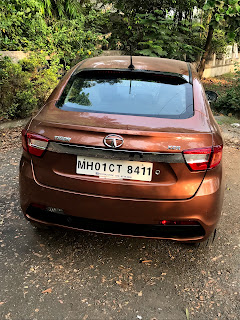 In my honest opinion, earlier Tata cars weren’t brought for their looks. But now their looks are being considered an important criteria which attract customers to the showrooms. Pratap Bose and team, please take a bow!I particularly like the petrol XZ trim for those 15-inch diamond cut alloys that it sports. The front end of the vehicle is a simple design and trust me, the Tigor still has in it to move heads on the road. I wouldn’t delve into the details because most of you have seen the Tigor much less own it. 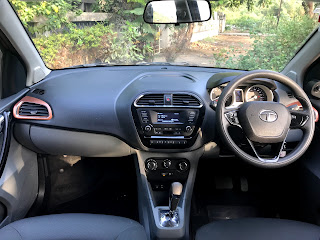 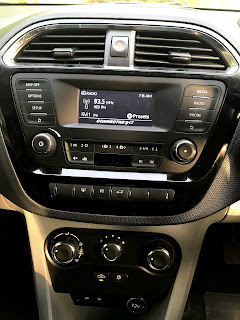 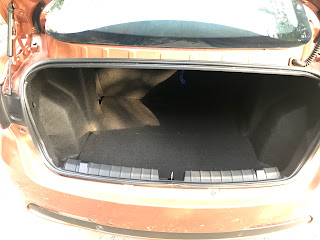 Let me first tell you what’s good around here. The entire layout and stuff feels logical. The visibility at the front and sides is great too. I never tire of telling or showing off anyone the Harman music system. Tata has made sure to make comfortable seats and while shorter drivers will wonder whether to take the driver’s seat ahead or not, the taller ones have no option but to back it off a little. There is just about okay storage space inside while the boot looks and is spacious. Now on to the bad bits. Inconsistent quality around the cabin. In this age, why is there no proper touchscreen for the top-spec AMT or even in the manual. The existing one is too small. Also, why there aren’t any rear AC vents is also beyond my understanding. The rear visibility is not so good and to compound things, the camera offered with the manual trim doesn’t do any good because of the low resolution. The automatic that I have here has a provision for the camera but doesn’t come factory fitted. There are parking sensors though.

Tata offers the AMT only with the petrol engine of the Tiago and Tigor. Given the demand, we may see a diesel AMT soon. The Tata Zest was in fact the first one to sport a diesel AMT. Back to the Tata Tigor petrol AMT that I have on test here.The 85PS 1.2 engine was decent enough in its manual guise. In the AMT, you get the jerk usually associated with these gearboxes between shifts. In fact, while getting off the line or while travelling in bumper to bumper traffic, you can feel that judder. It’s typical with these gearboxes. Shifts are also a bit laidback. Tata offers a City as well as Sport mode to go with the Tigor’s 5-speed AMT. The City mode is the default one that the car starts. If you want to hasten the shifts, try the Sport mode. It holds onto the gear a tad longer before upshifting. However, don’t expect DSG type shifts and plan your overtakes well in advance. In Sport mode, the throttle as well as the mapping of the engine becomes a tad aggressive and if you leave the Tigor in this mode in traffic, you need to be careful. Thank god for those good brakes then! They feel a bit wooden during the initial travel, however, work just about fine when you require them to. ABS is standard here. 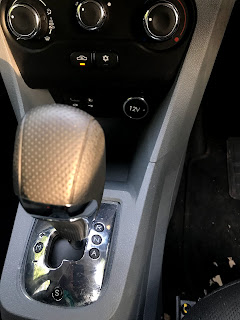 The creep function lets you drive the car by prodding the accelerator once. It works for both forward as well as reverse motion. However, while reversing, it is a bit of a mixed bag. You push the pedal a bit more and the car suddenly picks steam more than expected. This may result in a few scuffs and scratches if one isn’t careful enough.

What is likeable though is the efficiency. The Tata Tigor petrol AMT returns about 13kmpl in the city and 16.8kmpl on the highway. The tests that I conduct, don’t really mean feathering the accelerator in city or keeping speeds at 80kmph. They are conducted with everyday driving in mind.

Tata’s are known for good suspension. The Hexa as well as the Nexon are still fresh on my mind for the ride quality that they afford. The Tigor is a then a bit lacking here. Sure, it absorbs bumps but does let you know that it has done that for you too. It’s more like that school friend who does you homework but lets the world know that he/she has done it for you. I kind of like the steering wheel as it is decently light and makes easy work of city traffic. Out on the highway, it doesn’t lose composure either. The chassis has been tuned more for comfort than outright sportiness. The Tigot too is a legacy product, built on modified platforms of the now defunct Indigo and Indica. NVH levels are decent at speeds up to 80kmph, after which they are quite audible. In fact, in Sport mode, the Tigor does sound a tad sporty. A tad, mind you!

Enthusiasts shouldn’t buy AMTs. Clearly it isn’t cut out for them. If you want a sporty automatic, look at DSG-equipped cars. Not here. But I reckon you’re still reading and this means you’re interested in an AMT-equipped sedan. So while I am the sporty segment customer, I believe the average Joe doesn’t want anything remotely sporty. He wants a comfortable automatic car and one that looks good. In this, the Tigor fits the bill. Tata has priced the Tigor AMT quite well. The Tata Tigor AMT is available only with the XT and XZ trims. Prices are Rs 5.99 lakh and Rs 6.48 lakh respectively, ex-Mumbai. At this price point, you can perhaps look at the Swift AMT as an option. However, the Tigor AMT is a bigger car and has a more spacious boot. While quality irregularities may be there, it will not be a deal breaker. If you’re on a tight budget, expect a service cost of around Rs 4,000 every 10,000km, then the Tata is for you. It will keep you happy in the traffic and will  not burn a hole in the pocket at the pumps. Remember, petrol right now is Rs 84/litre and is increasing on a daily basis.

What we dislike about the car