SUVs! Everyone’s mom, dad, aunty and grandfather now wants one. An elevated driving position, promise of off-road capability as well as a status quo. Mahindra has clicked with most of their SUVs in the Indian market. The SUV that I have for review here was first introduced in 2011, got a plastic surgery in 2015 and a rebirth in 2018. The 2011 model ruled the roost on introduction as there was practically competition only from the MPVs namely the Tata Aria and the Toyota Innova. It also has a huge list of equipment at that time. The list of course grew bigger in 2015. However, in the same year, compact SUVs like the Creta came along and people started preferring the lighter monocoque to the heavier one. The advent of the Jeep Compass made things worse for the XUV500 The second-gen XUV500 then has huge task at hand. To not only retain its existing customer base as well as lure ones away from the 5-seater SUVs. Is it up to the task? We find out. 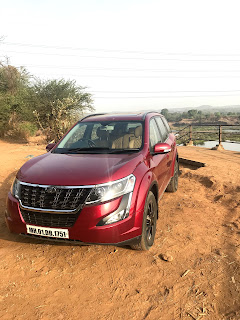 These have always been the XUV500’s mainstay. I somehow always felt that the Mahindra XUV500 is a complete package. The second-gen XUV500 looks good in my books and to many others who saw the SUV during the shoot. That’s a big tick on any car buyer’s list. Given our penchant for chrome, Mahindra has added it on the grille and the fog lamp enclosures. The bling continues to the sides where new 18-inch alloys have been added and they look the part too. The Tata hexa, which has been doing good numbers for the manufacturer, though offers bigger 19-inch wheels. The vertically stacked tail lights have now been made into an horizontal unit and they look equally good. The chrome applique though looks a tad out of place. 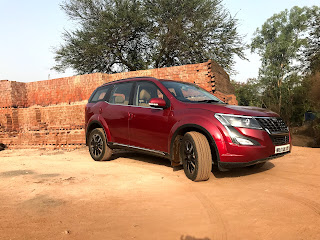 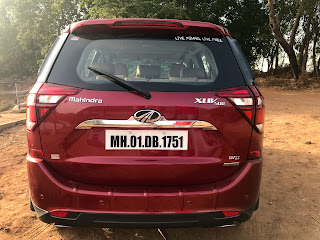 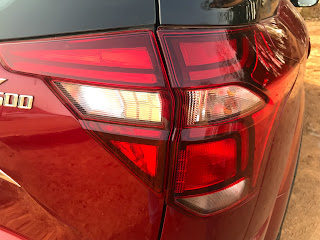 The cabin now uses a tan leather upholstery and it does look good. Compared to the earlier XUV, the door pads now have faux leather inserts and they seem good as well. The upper half of the dashboard still uses the grainy texture which may not be to everyone’s liking. Of particular attraction is the new centre console that uses a piano black interspersed with brushed aluminium. That being said, the XUV uses far too many buttons and it can perhaps get confusing to someone who is new to the vehicle. The powered driver’s seat is a good addition. What Mahindra could have done is refreshed the meters too. They look dated now, similar to the units Ford uses in all its vehicles. There is ample space both at  the front as well as middle row of seats. The last row is bested suit for kids. The XUV also doesn’t allow for much luggage space should all the seats be up. 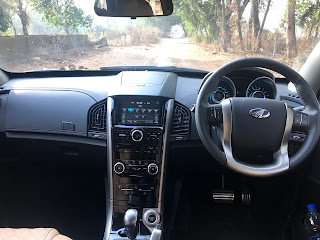 The infotainment system of the Mahindra XUV500 is now tuned by Arkamys. The tuner is the same one who has worked with Hyundai and while it does work to a certain extent in the Korean manufacturer’s products, in the Mahindra it’s a mixed bag. I believe there is much more scope to what Arkamys can do. Example, the Hyundai Tucson. It has one of the best sound qualities in its class.

There are lots of cubby holes and pockets where one can store their nip knacks in the Mahindra XUV500. However, the glovebox is a bit of a tricky affair to open. Lest I forget, Mahindra also gives you a sunroof, auto headlights as well as wipers, a couple of USB ports and automatic climate control. All in all, the cabin does look plush.

Last year, Mahindra added a new petrol engine to the mix. Built of the same block as the diesel engine, the petrol motor makes 140PS/320Nm. It is paired with an automatic transmission. While we didn’t get this unit for a test, we got the top-spec W11 (O). The diesel engine in the Mahindra XUV500 now gets a power hike from 140PS to 155PS. Torque has also increased in the bargain to now 360Nm. A 6-speed manual or an AT can be optioned with this engine. Now, the XUV was never lacking for power but some added power doesn’t really hurt, does it? The 6-speed automatic doesn’t offer hurried shifts. The manual mode can be operated by a flick of the switch on the gear lever. I believe Mahindra could have tuned this automatic to be a tad more responsive. While I didn’t get a chance to experience the manual, I think it will allow the driver to exploit the additional power on tap better. All being said, the XUV is a mile muncher and cruises with ease. The engine noise is another department where some fine tuning can be done. Perhaps add more sound deadening material inside the cabin. 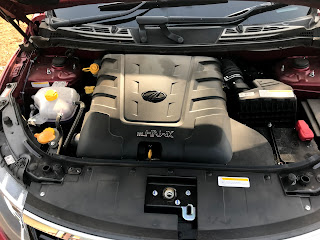 In the fuel efficiency department, this Mahindra gave us an efficiency of 12.2kmpl overall. This included a few off-road patches, city as well as highway runs. The efficiency quoted is with the air-conditioning functioning all the time. 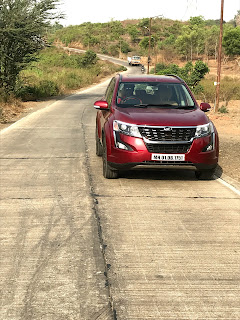 The Mahindra XUV500 is built on a monocoque platform and while the ride quality is a tad harsh at slow speeds, it improves once the needle on the speedometer heads north. The handling in the meanwhile is okay but the XUV500 as expected feels a tad top heavy. This isn’t unnerving but makes you realise where the grip levels end. The steering feels a bit heavy in the city usage though. All wheel drive should help you get out of most of the tricky situations but remember, it isn’t a full blown 4×4 and should be treated accordingly. 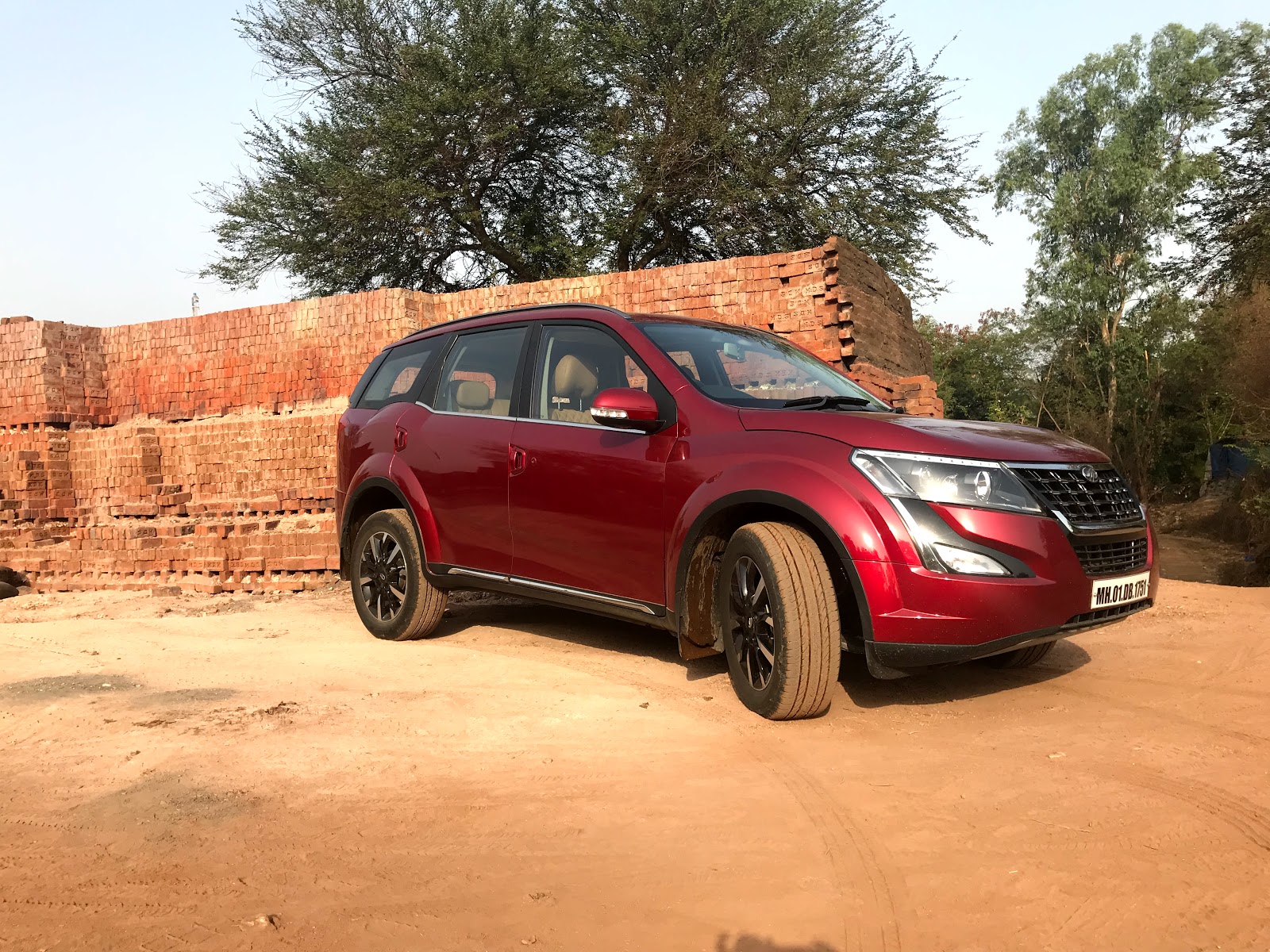 Mahindra has not only made the new XUV500 a tad more plush than before but has also fine tuned the engine to massage out more power. While the city dwellers with occasional highway drives included can do well to choose the petrol, those with 60 per cent city use and rest for highways can opt for the automatic. It isn’t an enthusiast’s delight while shifting but can hold its own. Pure highway and off-road users will go for the diesel manual. Whatever it is, Mahindra now has an XUV for every budget in the premium SUV space. Prices start from Rs 12.32 lakh – Rs 18.98 lakh, ex-Mumbai. I will say, buy the XUV if you need seven seats or a free bye at toll plazas. Buy one in any colour and configuration for the first thing and second exclusively in white. If you don’t want any of the other privileges, there is the updated Creta with a tad more features and one row of seats less waiting for you

Things we love about the Mahindra XUV500