Anniversaries are special, aren’t they? Especially if you manage to remember them. Otherwise, you will be forced into remembering them. Those who are married will immediately identify with this line. Now it turns out that it was our first anniversary and given the overlap with schedules, we zeroed in on a spot at the last opportune moment. Given that it was kind of not that easy to ask for a car from any manufacturer at the last moment, was a deterrent. Nevertheless, a few calls later a BMW 530d was confirmed. The 5 Series came out last year and as luck would have had it, I hadn’t driven the car. So off we packed for a two day trip to Mahabaleshwar in the 530d. 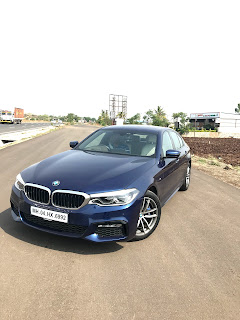 A look and you don’t need convincing that this a premium looking car. A year plus since its launch and the charm still hasn’t faded. Agreed that you will not as much see many of those perhaps more than 3-4 times in a month but this kind of adds to the allure. The wife was suitably impressed with the car. The additional kit that this top-spec 530d M Sport was wearing was a mixed bag. While it looks good, there are certain negatives to it too (I will harp on them later). The pinched bonnet, the creases on it, the tail lights, the exhausts and the 10-spoke 18-inch wheels. Everything drips sophistication. The cabin too is equally decorated. Step inside and you are seated low for sure. However, the ingress and egress for both the driver and chauffeur are clearly thought of. They open wide and don’t provide to be a hindrance while getting in or out. There are the usual trappings one will associate with a BMW or any other premium car manufacturer. While the power adjustable driver and passenger seats with memory function weren’t a new thing for me, the wife found them to be just too good. She could adjust her lumbar support, the bolsters and finally even ask the car to memorise her favourite seating position. The Harman-Kardon system with its 12 speakers provided for crisp music experience. However, the lack of Android Auto as well as Apple CarPlay, not being to change the music through the steering wheel were a bit of a dampener. 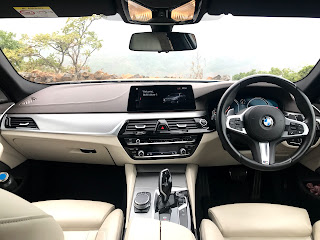 BMW though have added a touchscreen system for the iDrive unit and it feels crisp to use. While there is also gesture control feature, it is gimmicky and not necessarily works all the time. The menus and sub-menus are well stacked and easy to understand. The Bluetooth though doesn’t connect as flawlessly each time you enter and you indeed spend a couple of minutes trying to fiddle with it before you can drive. 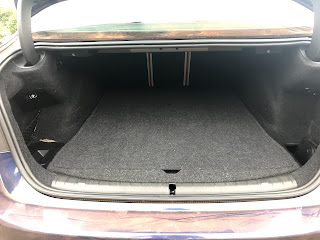 The backseat of the 5-er is a good place to be. It has decent space though if your chauffeur is 6 foot and so is your entire family, you may have to fire the driver. Four zone climate control means each of the four passengers (a fifth can be made to sit in the centre but he will be brushing his thigh with yours because of the middle hump) can adjust their individual desired temperatures. There are screens on the front head rests and they come with their own remote. Then there are also the curtain shields that are manually deployed. The boot of the 5 Series looks wide enough but the depth is lost because of the spare wheel that is strapped to the floor.

BMW offers the diesel 5 Series with two engines in India and I had the more powerful one at hand. The straight six cylinder 3,000cc single scroll turbo engine makes 265PS of power and 620Nm of torque. An 8-speed ZF transmission takes care of the shifting duties. The engine is silky smooth. In fact it is very silent that the wife did some comparison with a Korean manufacturer’s engine which has a reputation for refinement. Even though it is powerful, in the city, at part throttle the car doesn’t jerk and is very much driveable. Change the modes (you get Eco-Pro, Comfort, Sport and Adaptive) and you realise that even in the most fuel efficient setting, the car doesn’t seem bogged down. We achieved an overall economy of 15kmpl which included some top speed runs,cruising, paddle shifting, city and highway runs. Even at higher speeds, the refinement from the engine stays put. Impressive enough. 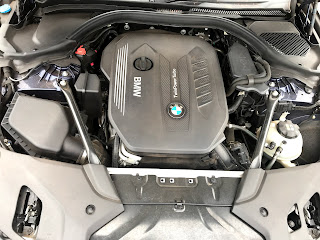 What amazed us is how easily the BMW racks up the kilometres while staying within the speed limits. Even on the highway she is calm and composed. A quick speed run revealed that 0-100kmph can well be achieved in under 6s. That’s quick given that this is a family saloon we are talking about and though it has the M moniker, apart from a few aerodynamic bits around, the car doesn’t have any performance mods with respect to the engine.

BMWs are known to be driver’s machines. Something I remember telling my wife. Told her to expect a not-so-pliant ride quality and be ready for the same. However, we were quite surprised that this BMW is a sofa. It doesn’t let you know what’s happening beneath. Pleasant surprise and one which helped us go the distance without even realising it. The adaptive suspension on this 530d irons out everything and while you still will drive with some amount of trepidation given the run flats that BMW uses, the suspension is a big plus point of this car. Speaking of run flats, the rear tyre did pick up a puncture. While the tyre pressure monitor does tell you which is the erring tyre, it doesn’t tell you what is the pressure at that stage. 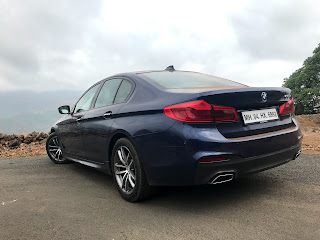 The steering wheel is a thick unit and in fact, if you were to grab some other steering wheel right after the BMW, you will feel you are holding on to a reed. This being said, the visibility all around, especially with the cameras which give you an aerial all around view is just stunning. The multiple seat height adjustment helps both the taller as well as the shorter of drivers and driving this nearly 5m long sedan is not so intimidating in traffic. There are front as well as rear parking sensors and a reverse camera too. Lest I forget, we enjoyed showing off the Remote Parking Control feature to one and all. Switch off the engine and get out of the car. BMW provides for a larger touchscreen enabled key fob with the 5 Series. Switch the key on and start the engine remotely. You can now use the forward or backward swipe to move the car. This helps fit the car into a tight parking spot where the driver doesn’t have to depend on his yoga teacher to get out of the car once the manouevre is done. Stick close to the car though as the remote has a range limit. The obvious question will be ” Wouldn’t the car bang into something if there is no driver inside?” No, it won’t. The car will stop once it detects an obstacle. This is one feature which worked well each time we tried it.

The suspension while being soft isn’t overtly so. The handling still is crisp enough to warrant an occasional smile on the driver’s face. However, one has to drive gingerly over speed breakers as the sides tend to kiss the tarmac far too often. The brakes are sharp and don’t require much effort at the pedal too.

This car left me with a lot of memories – the good ones of course. It is not only a looker but also has the go to match the show. It is decently spacious, is loaded to the gills with features and is efficient too. It is desirable and I wish I was born into a rich family or had saved some money early on. The negatives of the car are few and they aren’t deal breakers either. At Rs 66.2 lakh ex-showroom Mumbai, the BMW 530d M Sport is a good buy. Be sure to take the extended warranty and bumper to bumper insurance from BMW India though 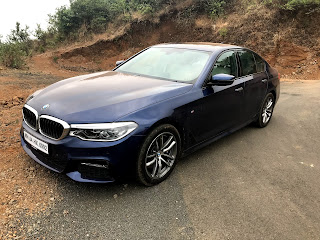 Run flat tyres don’t inspire confidence as a single puncture means you got to replace the entire unit, there should have been an option to raise the suspension with a button