TVS isn’t one manufacturer resting on its laurels. The Hosur-based manufacturer has not only launched three new products this fiscal but also is updating its existing range. Case in point being the new TVS Apache RTR 180. The regular trims of this very capable but ageing motorcycle are now joined by a new Race Edition that is priced at Rs 83,233. ex-Delhi. This is approximately Rs 1,200 more than the base version. The ABS non Race Edition in the meanwhile is nearly Rs 10k more. For that matter , the Race Edition is available only without ABS. 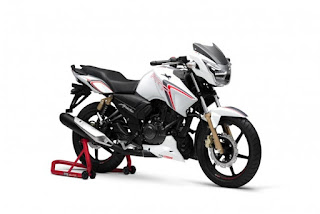 The TVS Apache RTR 180 Race Edition gets red stripes, dual disc brakes, 3d logo, TVS Racing-badged rim tapes and a digital meter with a blue background. After the launch of the Apache RTR 160 4V, it is likely that TVS is looking to upgrade the RTR 180 or probably discontinue it too.  This Race Edition could be the final hurrah perhaps? As is  the case with other Race Editions from TVS in the past few months, even the Apache RTR 180 Race Edition doesn’t get any updates to its motor. The BS-IV compliant 177cc engine makes 16.8PS of power and 15.5Nm of torque. The transmission is a 5-speed unit and TVS claims a 0-60kmph time of under five seconds and a top speed of 114kmph. The TVS Apache RTR 180 will compete with the Bajaj Pulsar 180 that is priced at Rs 83,347. 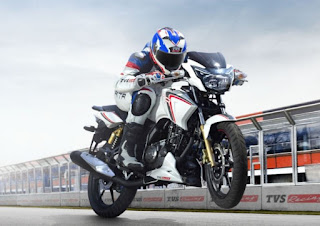 TVS has an upcoming cruiser that they showcased at the Auto Expo with an electric powertrain. Like the global trend, TVS is adopting alternative fuel options that will pollute the environment less and at the same time be practical too. We expect to see some stellar path breaking products from TVS this year.