A new car always elicits excitement. Many may have been waiting for it, while some may be attracted towards either the price or features. Either ways, a new car is the talk of the town even for the not-so-interested in cars type. Today’s topic of discussion happens to be the new Toyota Yaris, a car which has found 1,000 new homes as I write this. Available with one petrol engine and a whole lot of features, the new Toyota Yaris makes for a compelling buy. Listed below are the five reasons.

1) It is all-new and has no legacy. It mimics the much bigger Corolla in terms of features and looks. Who wouldn’t want a bigger car at a much lower price? Me wants. 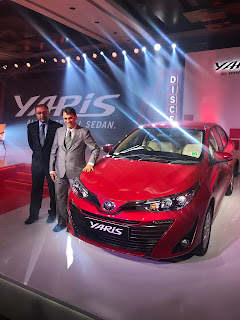 2) Unheard of features like a powered driver’s seat, roof-mounted AC vents for a sedan, a touchscreen system that looks more like a phone’s display irrespective of whether it is connected via Bluetooth or not, gesture and hand control (gimmicky and not so useful). Did I mention it has seven airbags, ABS as well as EBD standard across range. The acoustic laminated glass increases the AC’s efficiency thereby subjecting it to less load and hence guaranteeing higher efficiency in the process.

3) The legendary Toyota reliability is a given whether its the Etios Liva or with the Yaris now. Any Toyota car will not have the buying population doubt its reliability credentials. There cannot be a more reliable one in the market. While its too early to say this for me perhaps but then haven’t heard any Toyota owner complaining either. 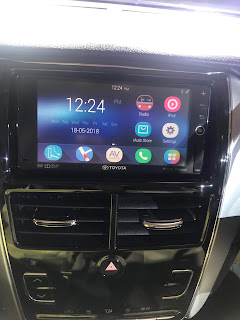 4) The cabin of the Toyota Yaris, while not the most spacious in the segment, still has decent enough space for average-sized individuals. It makes for a comfortable enough chauffeur-driven car as well. There is a sun blind at the back to keep the occupants privacy intact, the huge boot can take care of weekend luggage and the roof-mounted AC vents will ensure that the occupants arrive fresh as a lily at their destination. 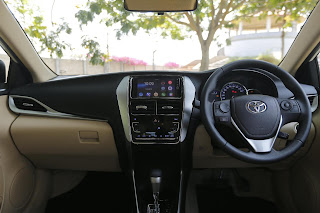 5) The price and features as mentioned in the introduction of this story are no fluke with this Toyota either. At a starting price of Rs 8.75 lakh, it’s but obvious that the Toyota Yaris tries to not only undercut its competition on the money front but also has more features per trim. Mind you, its introductory and the monnies are going to shoot up by a good Rs 25,000 soon.

There can be many reason for one not to buy a car. Examples like, I don’t like the company, service centre is too far away, the price is beyond my budget, I don’t like that salesman’s face or even that engine isn’t nice. However, here are the two most important reasons which I believe might keep the buyers away

1) Hello! There is no diesel engine to start with. From what I hear, Toyota India didn’t want to use their low capacity 88PS 1.4-litre diesel engine in the Yaris. Customer clinics told them that many think the engine to be underpowered. So while a new or may be retuned diesel engine may be in the offing, as of now, those doing long distances will not be happy with the lone 107PS/140Nm 1.5-litre petrol motor.

2) Appeal. While it is a subject of personal choice, many whom I met and spoke to said that the new Toyota Yaris cuts a safe design and they would have wanted something more distinctive. The Honda City still stands out even after being around for quite sometime. However, the Yaris will soon be lost in the sea of cars is the popular assumption.