Only 1,000 will be made and while 100 units have been allotted for the UK so far, 250 will be made available for Indian consumption. All the motorcycles will bear a stenciled sketch of the British army’s armed forces unit number from C (stands for army) 50001-51000 denoting the motorcycle serial. The motorcycle will go on sale in India on July 10, 2018 and bookings will only be taken on a first come, first serve basis. Did I mention to you that bookings will be taken only online. Remember that the last time Royal Enfield did something similar, all their motorcycles were sold out in a record 24 minutes. The Pegasus is priced at Rs 2.49 lakh, on-road Mumbai.

What’s special about this motorcycle 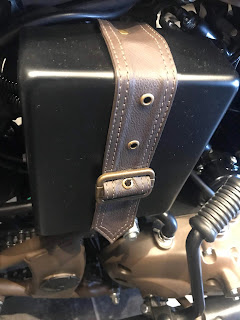 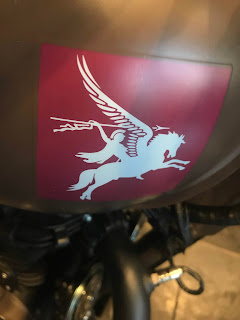 During the World War II, to support the troops, Royal Enfield has created the Flying Flea 125cc 2-stroke bike. This 56kg motorcycle could be even carried by the soldiers. More often than not, these motorcycles were used to pass on messages in the battlefield or even to carry around soldiers in stealth mode. To honour the Flying Flea motorcycle, Royal Enfield has tried to recreate a piece of history with Pegasus 500. The Royal Enfield Pegasus carries insignia such as the battalion number, a logo of the Parachute Regiment as well as canvas panniers bearing the Pegasus logo. Along with the motorcycle, one also gets a t-shirt and a half-face helmet. It will also have the markings of military motorcycles, including brown handlebar grips, a leather strap with brass buckles across the air filter, blacked out silencers, rims, kickstart, pedals and headlight bezel to complete the period look.

How much power does this make 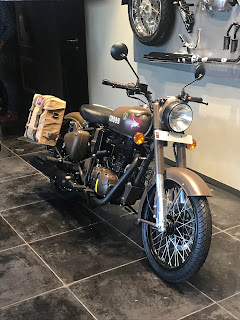 Don’t worry. There is no 125cc 2-stroke engine that will be used. Instead, Royal Enfield makes use of its tried and tested 27PS/41Nm 500cc fuel injected motor and a 5-speed transmission. Expect the motorcycle to also do similar numbers as its 500cc fuel injected cousin. The NVH levels, fit and finish all are similar to the Classic 500 too. There are disc brakes on both ends too.
Why this motorcycle now 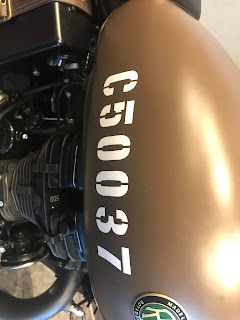 Royal Enfield has a long history with the armed forces. Not only in England but also in India. This motorcycle has been made to pay a homage to the guarding forces of all the countries that RE bikes have served. At it, RE is also earning some moolah and generating interest in their products through social media. There are accessories associated with the motorcycle that one can buy too.
Tags: