Rolls-Royce has finally unveiled its “high-bodied” car, the Cullinan SUV, Named after the largest diamond found in the world at South Africa in the early 90s, the Rolls-Royce Cullinan is the British manufacturer’s first SUV. The Cullinan is based on the Phantom’s chassis. Is it a Phantom on stilts? Not quite as Rolls-Royce likes to point out that it’s an all-new vehicle which is expected to take its occupants “Everywhere effortlessly”. The Rolls-Royce Cullinan is projected as the most practical of cars that the company has ever built. 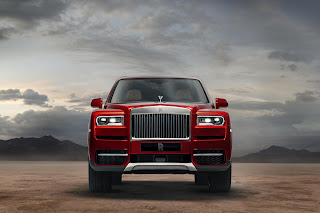 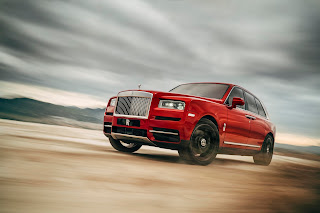 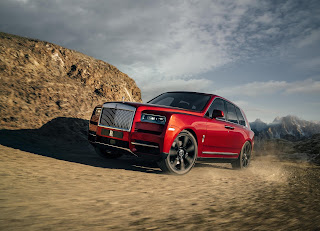 For starters, Rolls-Royce has used its existing 6.75-litre twin turbo V12 petrol engine and has massaged 567PS out of it and a massive 850Nm of torque. While Rolls hasn’t mentioned the transmission specs, I expect it to be an all-new 9-speed automatic from ZF. Power is sent to all four wheels, a first for a Roller and there is also the all-wheel steer system. 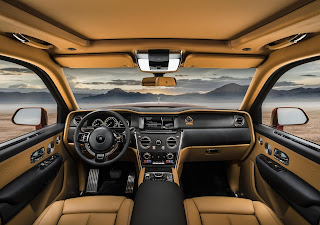 This is a Rolls-Royce. So obviously luxury has been taken care off. One look and it is apparent that the designers had a clear brief. Make the car as  pleasing to the eyes as possible or as recognisable as a Rolls. So the Phantom isn’t a bad place to start with. The face of the Rolls-Royce Cullinan looks exactly the same as the Phantom. The 22-inch wheels as well as the strong shoulder line look inspired from the Range Rover series. The back is another new element in the car with its distinctive lines. Speaking of back, the boot space is of 526 litres while the rear seats of this five-seater can be dropped to the floor at the touch of  a button to make space for more luggage. Rolls-Royce offers two type of seats a la Volvo XC90. One is the Individual seats that does away with the middle row passenger throne and instead concentrates on the passengers sitting on the side of the vehicle. This configuration also brings in space for a built-in refrigerator that can keep the passenger’s cold drink or champagne cool. The rear seat passengers are separated from the luggage space by a glass partition. This ensures that irrespective of the conditions outside the car or when the boot is opened, the climate inside the car will not vary. The boot itself now opens and closes in a split configuration at the touch of  a button present on the key fob. Rolls-Royce also offers a Viewing Suite that brings out two small leather seats from the back of the car complete with a lunch table. The Bentayga also offers something similar. 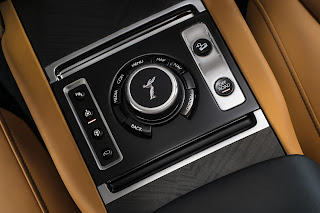 The cabin of the car is as usual bespoke and looks inspired from the Phantom though there are a few individual touches to the SUV. The all-digital meters, the suicide doors (God knows who does that on an SUV? Wait, now you know), the smaller yet thicker rimmed steering wheel, touchscreen infotainment system, Spirit of Ecstasy controller that selects the off-road mode and the electronically adjustable seats and doors that close at the click of a button. In fact, when you open the cabin, the car just lowers itself down by 40mm and once all the passengers are seated and the doors closed, it goes back to its usual height. After an excursion in the wild, when its time to get off the car, the door sills retract under the car so as to not dirty the trousers of the well heeled. There is also the biggest panoramic roof in the business, five USB charging ports, wireless for the front users, separate geo location tagging for the rear seat customers and more. 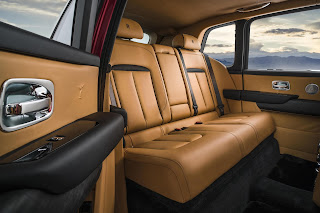 Since this is an SUV, the aforementioned off-road mode is a must though I doubt if any of the customers will ever use it. After all, an SUV costing nearly Rs 5 crore is not something you take into the rough too often. The Rolls-Royce Cullinan rides on an air suspension that can be raised or lowered depending on the terrain selector. In addition to this, the SUV also comes with Night Vision Camera, 360 degree camera, cross traffic warning, lane departure, pedestrian warning and many more. 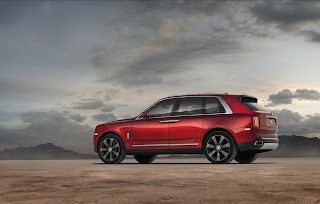 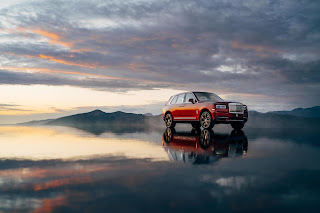 This Rolls is coming to India as well and my guess is in a couple of months. The prices should hover around Rs crore. Its competition includes the Bentley Bentayga (a diesel is coming soon to India as well), the Lamborghini Urus, Range Rover Sport SVR and the Volvo XC90 Xcellence.

In conversation with Rajit Arya, the CEO of Artem