In a bid to keep things interesting, Maruti Suzuki India Limited has launched the new Vitara Brezza SUV with an automatic option at Rs 8.54 lakh ex-showroom Delhi. Launched in 2016, the Maruti Suzuki Vitara Brezza is currently India’s top selling compact SUV. Along with the introduction of the AMT with the diesel engine, MSIL has also made ABS along with EBD, reverse parking sensors, high speed alert, dual airbags and ISOFIX child seat mounting points standard across range. A new colour, autumn orange, has also been introduced while its dual tone option will have a pearl white roof colour. Other changes include the chrome garnish on the front and rear being made standard, glossy black alloys replacing the earlier grey ones and all-black interiors with complementing accents. 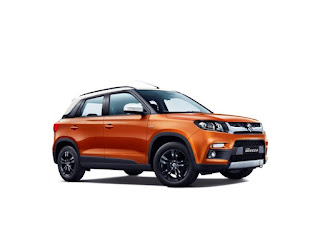 This is the first time Maruti Suzuki is using an automatic gearshift option with the 90PS Fiat-derived 1.3-litre diesel engine. Their smaller cars like the Swift and Dzire use the AMT with a 75PS diesel. The 5-speed AMT in the Brezza is unlikely to compromise on fuel efficiency and given how Maruti has refined the technology over the years, its supposed to be less jerky while shifting. There is also a manual option with the automatic gearbox that will let the driver take control of the shifts sans a clutch. Unlike the upcoming Honda Amaze diesel CVT, the Maruti Vitara Brezza automatic isn’t offered with a detuned lower power engine. 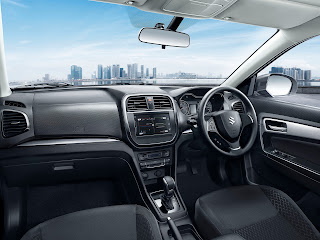 Maruti says that around 56 per cent of its Vitara Brezza sales come from the top-spec Z and Z+ trims. Unfortunately a petrol engine is still sometime away and so is the much-awaited indigenously developed 1.5-litre diesel motor. Maruti has so far sold around 2.75 lakh units of the Vitara Brezza and the SUV commands a waiting period of around 2-3 months. It is expected that the AMT diesel trim of the Vitara Brezza will add to those numbers significantly. The Maruti Suzuki Vitara Brezza AMT will square off against the Tata Nexon AMT which was launched recently. It is interesting to note that the Nexon AMT is costlier than the Maruti by around Rs 10,000.
Here are the prices of the Maruti Suzuki Vitara Brezza AMT
Tags: