Ford India has launched two new trims each of the petrol and diesel variant of the EcoSport in India. Both these trims – Signature Edition (petrol Rs 10.40 lakh, diesel for Rs 10.99 lakh) and S (11.37 lakh for petrol and Rs 11.89 lakh for diesel), ex-showroom. Ford has significantly revamped the trims and here is what is new in each. 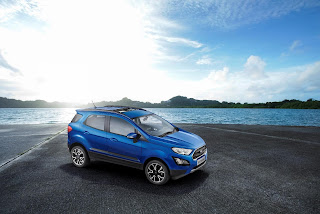 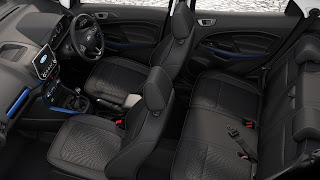 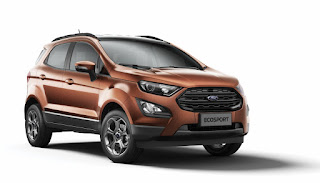 The Ford EcoSport S is now the range topping trim and gets a sunroof, smoked HID headlights with dark inserts and a black surround for the fog lamp bezel. Black seems to be the prevailing theme here with the colour being used on the grille, alloys, spoiler as well as roof rails. Ford also offers the EcoSport S with 17-inch alloys. The cabin sees the use of orange accents on the instrument cluster and the seat too. Along with this, there is also a bigger 4.2-inch instrument cluster that also comes with Tyre Pressure Monitoring System. The biggest change though is under the hood with the EcoSport S exclusively getting the 125PS 1.0-litre EcoBoost engine that was a part of the first-gen car. This engine is mated to a new 6-speed manual transmission. This award winning engine in the EcoSport is expected to deliver 18kmpl, according to Ford. The 100PS diesel claims 23kmpl. 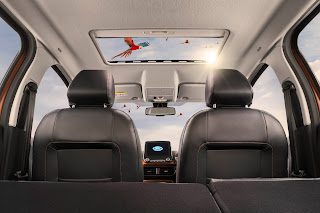 Ford had recently introduced the second-gen EcoSport. Though the car looks largely the same as before, there are easily visible yet subtle changes. The main thing is the use of a floating touchscreen infotainment system that is Apple CarPlay as well as Android Auto compatible. While ABS and dual airbags have been made standard, the top trims including the ones mentioned here get an additional four airbags. Ford claims to have reduced the service costs considerably. The Ford EcoSport goes head-on with the Tata Nexon and the Maruti Suzuki Vitara Brezza.