Amidst tough competition likely from Mahindra and Tata, Force Motors has bagged the Light Strike Vehicles contract from the Indian army. These LSVs will be used by the army to carry out attacks on enemy barracks and the like. The army already uses the Maruti Gypsy as well as the Tata Safari for patrolling. 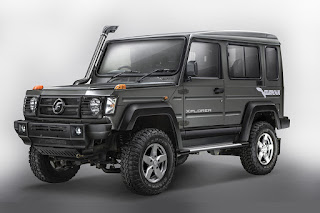 Force Motors says that their LSVs have been developed indigenously and have undergone rigorous testing in hot as well as cold climate operation. Over a period, these tests have proven the vehicles to be reliable for army use. All these LSVs have existing engines and transmission from Force Motors and overall have been uprated for use by the armed forces.  Four wheel differential locks, 4×4 configuration as well as easy ingress and egress are part of the deal for these vehicles. Force Motors says that these LSVs can also be airlifted and dropped right into the enemy territory for effective action.

Apart from this, Force Motors is also bidding as the engine replacement supplier for the famous Bofors guns as well as the upcoming Dhanush Guns. Force Motors’ Trax and Traveller vehicles are already in use by the Indian army in remote areas of the country and more vehicles from their stable are expected to join the fleet

In conversation with Rajit Arya, the CEO of Artem