Hyundai has tasted success to a great extent with the introduction of the new Tucson in late 2016. Now the company is ready with a facelifted model, the first signs of which appeared at the New York Auto Show this year and now in a Korean parking lot.  Here is a breakdown of what has changed. 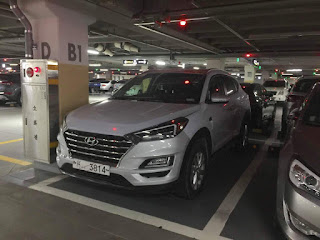 The new Hyundai Tucson 2019 now has a new face courtesy of Hyundai’s cascading grille which keeps it up to date with the rest of the family. The LED headlamps appear even more peeled back. In my opinion, the car looks a bit meek compared to the facelifted version that had a bold appearance. There are new daytime running lamps as well as front splitter. New alloys and a tail pipe that protrudes out of the rear bumper are the other additions. 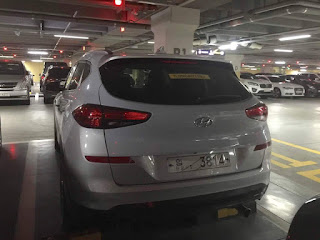 The cabin sees the introduction of a smaller multi-function steering wheel, new upholstery, floating touchscreen infotainment system, adaptive cruise control, 360 degree camera and USB charger at the back. The engines too have been revised and the silky smooth punchy 2.0-litre diesel engine now makes 186PS as opposed to the 185PS earlier. It also get an 8-speed automatic transmission as against the 6-speed. A manual transmission (six gears) is offered as standard. All-wheel drive too can be optioned. A smaller 1.6-litre engine developing either 115PS/136PS is on offer too. While both are available in standard front wheel drive configurations, the more powerful of the two comes with optional AWD. 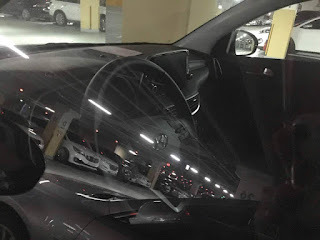 Hyundai has been able to move more units of the Tucson this time around. It is likely that to cash in on the success of this SUV, the Korean car maker may introduce this facelift sometime this year. It could also see a marginal price hike. Hyundai could also do a coup of sorts by bringing in the smaller 1.6-litre motor for a more affordable asking price which could undercut the Jeep Compass.