Home - News - Bike - 2018 Royal Enfield Himalayan Odyssey to start from July 7; to have a separate all-women’s group too
Bike
News

Royal Enfield is the only manufacturer that takes its customers on elaborate touring sessions. Other big bike manufacturers are playing the catch up game but RE is still leagues ahead. The company has recently announced the start of registration for its Himalayan Odyssey which will start from July 7 and continue till July 22, 2018. As is evident from the name, Royal Enfield is inviting participation from those owning RE motorcycles and want to get away from the mundane life. This time around, there is a separate women’s team too. Both the men and women’s team will take different routes to reach the Himalayas. Both though will be flagged off from India Gate. Registrations are on at the RE website and are on a first come first serve basis. 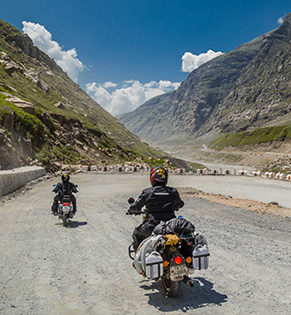 The fee for rider and pillion couple are the same. For the men, it is Rs 48,000/person while for the women, it is 42,000 per person. Participants are required to pass a fitness and treadmill test, something which has to be attested by your family doctor too. Original documents of the vehicle including PUC, RC book and insurance have to be carried along. RE clearly says that should you be unable to continue ahead at any point of time in the tour, there will be no refund offered and participants will have to ensure their own travel. Boarding and lodging is included in the fee for participants while few meals aren’t included. Fuel and other expenses will have to be borne by the participants. 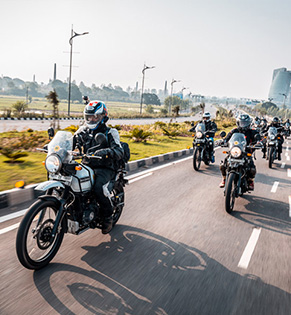 Such group rides help build the camaraderie and also provide immense experience to the participants. Royal Enfield has been at the forefront of such rides and its appreciable how the company urges the riders to wear safety gear at all times. For the vehicle service, there are two special service centres set up at Leh and Jispa. The last date for submission of the documents is June 8, 2018. So what are you waiting for? Hurry up and register!