Its strange, isn’t it? Just when you thought you saw the last of Mitsubishi in India, in comes the all-new Mitsubishi Outlander. The company has brought in its third-gen car that not only looks muscular but has also grown in size. The all-new 2018 Mitsubishi Outlander is expected to be priced at Rs 32 lakh, with the on-road price touching around Rs 35 lakh. Dealers have already started taking bookings and deliveries are expected to start by the end of June 2018. The SUV comes in directly from Thailand. The Mitsubishi Outlander 2018 will go head on with the Toyota Fortuner, Honda CR-V as well as the Ford Endeavour. 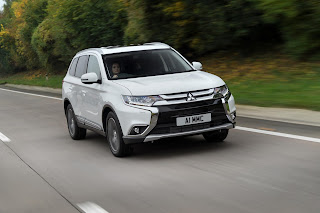 If you want exclusivity, the Mitsubishi offers it in spades. While the design language does make you think of the new Toyota Fortuner, the Mitsubishi’s is even more aggressive. This includes the huge air dam, the twin slat grille, the LED headlights alongside LED DRLs and more. The fog lamps too are LED units. Mitsubishi offers the car with 18-inch machined alloys, a sunroof, LED tail lamps and remote opening  boot. What is carried from the previous generation is the brilliant Rockford music system, this time with a 6.1-inch touch screen music system. However, Mitsubishi still doesn’t offer modern connectivity options that Apple and Android users will prefer. 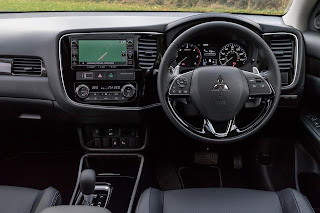 The cabin has grown in size and this translates to better space for the occupants. There is dual zone climate control to take care of the occupants’ comfort. While European versions get heated front seats, it remains to be seen if Mitsubishi can add cooled seats for the Indian models instead. 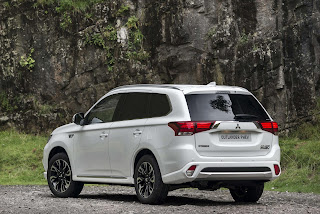 The powertrain of choice this time around is still a petrol – the 2.4-litre MiVEC engine makes 167PS and 222Nm of torque. It is mated to a 6-speed automatic transmission.  Paddle shifters are also offered. Mitsubishi does offer a diesel engine in the UK market, however, it is highly unlikely to make its way here. Power from the petrol engine is put down to the road via a new AWD system.