Minis are always fun, aren’t they? I for one love the JCW’ed ones. Well, it so happens that Mini India has launched the second generation Countryman in India. The Mini Cooper Countryman prices start from Rs 34.90 lakh for the base petrol, Rs 37.40 lakh for the Mini Cooper Countryman SD and Rs 41.40 lakh for the JCW Inspired petrol Cooper S. All these prices are applicable from June 2018 because that’s when you start getting deliveries of these cars. Do the prices look a tad less than before? They indeed are. It’s because Mini India now has started assembling these cars at its Chennai plant. 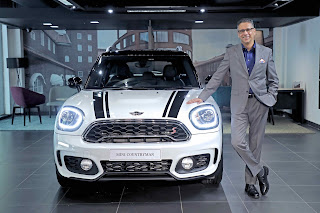 While the power plant for the petrol Mini Countryman S is the familiar 2.0-litre turbocharged 192PS/280Nm unit, the diesel is a new 190PS/400Nm 2.0-litre 4-cylinder motor. Both the engines are mated to an 8-speed steptronic gearbox, with the JCW Inspired Countryman getting the option of paddle shifters. Just like me, you must be waiting for the juicy details of the JCW edition. Unfortunately, its all show this time. Remember, the variant is called JCW Inspired. So for the additional 6 lakh, you get the option of the British Racing Green exterior colour with stripes, JCW aero kit, rear spoiler, comfort access system that lets you open the car sans the remote or key (more like a door request sensor), rear view camera, electric seat adjustment with memory function, JCW sports steering wheel, JCW pedals, wireless charging, head-up display, Harman Kardon speaker, touchscreen music system, picnic bench, Mini Excitement package that projects the Mini logo on the ground when you open the door, 18-inch alloys and all-black upholstery.

The standard features on the new Mini Cooper S Countryman include LED head-and fog lights, automatic boot opening with the wave of a footwear under the rear bumper, 6.5-inch music system, multi-function steering wheel, centre armrest for both front and rear passengers, rain sensors, park distance control sensors at the front and back, auto dipping exterior mirrors when the reverse gear is slotted, cruise control and drive modes. 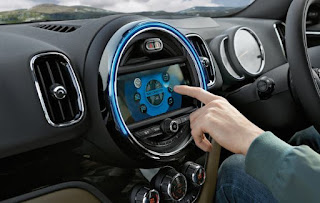 Mini has kitted the Cooper Countryman SD generously too. Apart from the features shared with the Cooper S, the diesel trim gets panoramic sunroof and electrically adjustable driver’s seat. Of course, you have a long list of options should you want to get adventurous. But then the price too shoots up.

What all three trims will give you is a sub 0-100kmph time of  under 8s. All this while delivering close to 14kmpl with the petrols and 19kmpl with the diesel. Please note that all these figures are claimed by Mini and the real world driving conditions will determine the exact fuel efficiency.

While the silhouette remains the same, the new Mini Cooper Countryman will turn heads with that grille which now has a chrome piece running across it, the new wheels and the rear design. The cabin too has been updated and apart from the aforementioned goodies specific to each trim, the new Mini Countryman promises more space on the inside due to the increased wheelbase and height. The boot space too is 450l and can increase to nearly 1400l if the rear seats are tumbled forward. 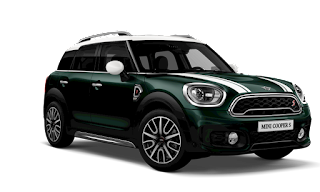 What hasnt changed is the fun associated with driving a Mini. While I still haven’t driven the car yet, I can still definitely say that Countryman still will behave like a Mini should. That’s keeping the driver entertained all throughout.