Mercedes-AMG has launched the mental E63S in India at Rs 1.5 crore ex-showroom. The  new Mercedes-AMG E63S is claimed to be the fastest in the AMG line-up, gathering steam to 100kmph from standstill at 3.4s. That’s supercar territory coming from a family saloon. Mercedes-Benz India says that AMG cars were perceived to be a niche earlier but now they have now almost the same sales number ratio as their regular offerings. This is Mercedes-Benz India’s 14th AMG launch in the country. 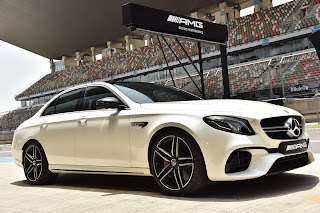 I will delve straight in to the star of the moment – the new 4.0-litre twin turbo V8 petrol motor that pumps in 612PS and a massive 850Nm of torque. The engine also features multiple cylinder deactivation. What this does is ensure that not all cylinders are running under low load conditions like bumper to bumper traffic or while waiting at signals, thereby leading to better fuel economy. The 9-speed multi clutch sport automatic transmission too is optimised to see that the engine sips less fuel in certain conditions. Speaking of the transmission, Mercedes-Benz have added a wet start off clutch that helps this big E to win those traffic GPs. From what I have heard from other journalists, the V8 rumble at both low as well as high speeds will ensure that this isn’t your regular E-Class. Mercedes engineers have also added a Drift mode that lets one slide around in a controlled manner. May not be everyone’s coffee but could very well be used in controlled conditions like a racetrack. 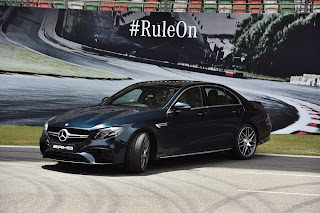 The car itself looks sinuous and isn’t a sleeper like the other sedan AMG offerings.. Mercedes offers it with the much needed 4MATIC, akin to all-wheel drive which splits the torque in a 60:40 ratio that helps put all those power down to the ground effectively. There is also the air suspension that will help iron out road irregularities.  The Mercedes-AMG E63 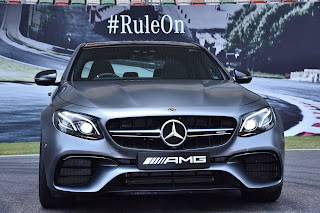 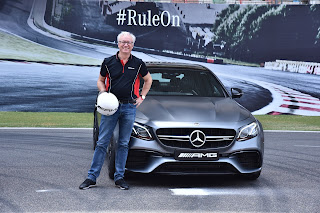